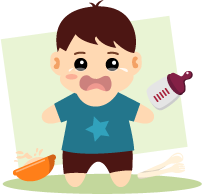 Caring for your baby and watching him or her develop in both mind and body as the days go by is something truly magical. However, at times, despite baby’s healthy appearance, you may find him or her crying frequently or for a long time, showing signs of distress and extreme discomfort for reasons that are not immediately obvious to you. Incessant crying can sometimes carry on well into the night, depriving you and your family from your much needed sleep.

Your baby may also suddenly refuse to be fed, become restless and fussy. Whatever you try to do to alleviate baby’s discomfort – feed, burp and lull to sleep, do not seem to work. Trying to identify what is causing your baby’s pain is anything but easy. So when should parents rush babies to the hospital? What alternative ways can parents adopt to calm baby?

Identifying some of baby’s health issues

When baby becomes ill, it can cause feeling of helplessness that can engulf both new and experienced parents. For Ms. Wong, a mother of a 4 year-old son and a 3-month-old baby boy, feelings of anxiety, fear and questions like “What did I do differently that may have caused him to fall ill?” comes to mind. Although difficult to single out the exact cause(s) of baby’s discomfort, nevertheless, there are certain signs and symptoms of some common health issues baby may experience that parents should take note of such as colic, fever, cough and cold, teething problems, hiccups and constipation among others. Dr Yeu Boon Kian, a Consultant Paediatrician and Paediatric Cardiologist at Tropicana Medical Centre shares his opinions and advice on some of these issues that can keep parents awake at night: 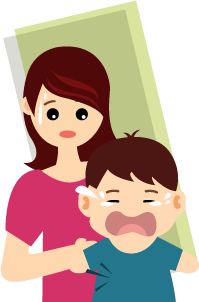 One of the most frequent ailments babies will experience is colic. According to Dr Yeu, although there are no known causes for it, colic generally refers to the discomfort and pain in baby’s bowel area. Usually occurring in infants between the ages of 6 weeks and 4 months, parents would be able to distinguish if baby is suffering from colic if he or she cries for more than half an hour at approximately the same time on most days of the week for no obvious reasons. Because the causes of colic is unknown, Dr Yeu advises parents to first try and calm baby down by carrying him or her in different positions, cradling and even feeding baby. However, if the baby has recurrent vomiting or distended tummy, then parents should have baby checked by a doctor for any obstruction in the bowel area and for any signs of other health issues.

Medications are generally not prescribed unless as a last resort. Also, anti-colic medication may or may not help to reduce colic in some infants. Although colic is not indicative of a serious underlying health condition in infants, nevertheless, it can be quite a trying time. Incessant crying can be extremely tiring for baby and can lead to sleep deprivation for both baby and parents as well as for the rest of the family. On a more positive note, however, parents need not worry unduly as colic is seen as a transition period and babies would generally grow out of it after 4 months of age. 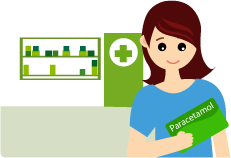 Fever is normally a sign of infection that baby’s body is trying to rid itself of, be it within the respiratory track or in baby’s bowels, for example. Fever could be relieved by oral Paracetamol at the appropriate dosage but one should look out for the underlying causes to ensure that it is not indicative of a more serious health issue. Dr Yeu cautions that it is not common for babies under 6 months old to experience fever as the mother’s antibodies that are passed on to baby is still adequate to protect him or her. If the baby is less than 6 months old with fever, parents should have him or her examined by the doctor as they may have only very subtle signs or symptoms even with more serious infection such as meningitis. Coughs and colds are not common among infants under 6 months old as they are still protected from the antibodies they inherited from mothers. However, for older babies, instances of cough and colds are indicative of an infection that baby’s body is trying to fight off. Baby’s nostrils would either be runny or blocked. If baby’s nose is blocked, parents can obtain some nasal spray composed of sea water to be sprayed gently into the nasal passages to help unclog the nose. Coughs and colds may generally improve in time without medication unless they seriously interfere with baby’s ability to breathe. In that instance, it is best to have baby checked by the doctor. 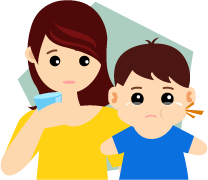 There are babies who would experience some problems when they are teething. Issues such as gum inflammation, loose stools and low grade fever (temperature below 39 degree Celsius) are sometimes associated with the teething process. Topical analgesics are usually prescribed for instances of gum inflammation to help ease baby’s pain and discomfort. Dr Yeu also advises to increase baby’s water intake if he or she experiences slightly loose stools. However, babies that experience fever above 39 degrees should be examined by the doctor as it is an indication of another health issue. 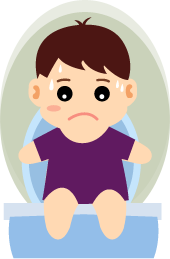 Mothers can sometimes feel the baby having hiccups even while still in the womb! Hiccups are caused by an irritation in the respiratory (breathing) muscle at the base of the chest, that is, the diaphragm. To help baby relief him or herself of them, parents can get baby to drink some water as the swallowing motion will help to suppress the hiccups.

Babies can also experience constipation at times. In general, babies’ bowel movements can vary a lot. Therefore, according to Dr Yeu, parents need not worry if baby goes just once in a few days, as long as the stool is soft in nature. However, baby may be experiencing constipation if he or she needs to use force or if the stool is bloody. If there is blood in the stool, parents should bring the baby to be examined by the doctor to rule out any fissures or tears in the rectal area. Baby can also be prescribed a stool softener, to help ease the process. 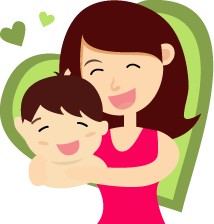 Many people would mistakenly think that caring for a baby would just require constant feeding, burping, diaper changing and putting baby to sleep. Although that is true for the most part, nevertheless, the cycle would sometimes be interrupted by instances of baby falling sick. Without baby being able to voice out what is ailing him or her, it is up to parents to pin point the cause and find the appropriate solution(s) to baby’s condition. High fever and colic, in particular, are two of the most common health issues that babies may experience at one time or another. Whenever you are in doubt, always consult your doctor or even the more experienced mothers around you.In knowing how to effectively deal with these issues, both baby and the family would soon return to their smiling and happy state!